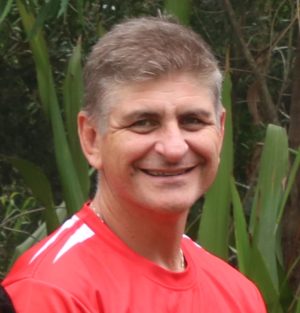 Paul was born and raised in Australia. He has competed in Rugby Union, Rugby League, Basketball, Cricket, Athletics and Gridiron. In 1987 Paul received a Gridiron Scholarship to Itawamba Community College in Mississippi USA, where he earned an Honourable Mention All-State for Mississippi Junior Colleges. In 1989, he was awarded with a Full Scholarship to play Gridiron at the University of Hawaii where he was a 3 year Letterman and was selected as an Academic All Conference Player in 1991.

Paul returned home to Australia in 1992 and continued to Coach Gridiron and also worked as a part time lecturer at the Australian College of Physical Education teaching the basics of Gridiron to undergraduate PE Teachers.

Paul established the Australian Gridiron Coaches Association (AGCA) in 1994 where he served as the President until 2007. He was also instrumental is setting up the AGCA National Coaching Accreditation Program for Gridiron Coaches around Australia which gained recognition into the Australian Sports Commission – National Coaching Accreditation Scheme in 2003.

He was an Assistant Coach on The Australian Cyclones National Gridiron Team which competed at the 1st ever World Cup of American Football in Palermo Sicily in 1999, in the same year he coached professionally as the Offensive Line coach for the Recruit Seagulls in Tokyo, Japan.

In 2006, Paul was selected to be on the Technical Committee for the International Federation for American Football (IFAF) where he currently still serves providing advice and assists in developmental programs for coaches and players. In 2007, he was the Head Coach of the Australian National Team which played against Korea in a World Cup Qualification game.

During 2007 Paul and his Wife, Elissa, established Bring it on Sports. In 2011 he was selected to be the Offensive Coordinator of the IFAF world under 19’s team which narrowly lost to the USA 21-14. In 2012, Paul served as the Offensive Line coach on the World Under 19’s Team which beat the USA 35 to 19 in a historical victory. In 2015 he was the Offensive Co-Ordinator and Offensive Line Coach for the Australian Outback National Gridiron Team who competed in the 2015 IFAF World Championships in Canton, Ohio. 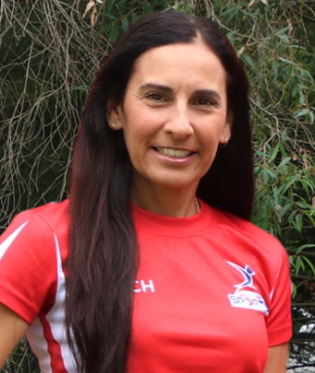 Elissa has over 12 years’ experience within the Corporate and IT sectors, specifically working in System Management, Administration, Engineering, Account Management and Technical Sales with Hewlett-Packard (Australia).

In 1995 she completed her Licentiate Senior Teacher Examination with the Society for Education in Dance and Theatre Arts Incorporated (EDTA Inc) and in 2000 she was awarded the position of Examiner within that Association. She currently holds a Diploma of Personal Training, ASC General Principles of Coaching, Level 1 Cheerleading, Koga Fitness Instructors Certificate and in 2013 completed the IATA Fares and Ticketing Diploma.

In 1996 Elissa founded the Blakehurst Academy of Dance and Drama (now known as Blakehurst Academy of Performing Arts) and was the Principal and Artistic Director of the Academy until mid-2007. Over the 12 years at the Academy she successfully planned and organised major yearly recitals and eisteddfods and performed in many of these events, she also held the lead role in several pantomimes.

Elissa participated in the Opening and Closing Ceremonies of the Sydney 2000 Olympic Games as a volunteer managing spectator participation.

In 2007, after the sale of her successful Dance Academy, Elissa and her husband, Paul Manera, established Bring it on Sports where she is the manager of the Marketing and Events Department.

Elissa has been volunteering within the American Football community in Australia for the past 10 years. She was the team manager for the 2014 NSW Wolfpack State Team and has held executive positions with the UNSW Raiders Gridiron Club for the past 6 years managing their social media and merchandising. She also manages the Australian Outback Gridiron social media accounts.

Elissa was the Chef d ’Mission, team manager and tour organiser for the Australian Outback National Men’s Gridiron Team who competed in the 2015 IFAF World Championships in Canton, Ohio.